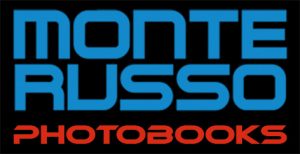 The Viennese native started his unusual creative activities autodidact in addition to his main job as chief financial officer of a Swiss group. He created advertising texts for international brands (for agencies as DDB), issued in printmedias and on air, and won a tender for a sports fashion collection at the sports retail chain „Sport 2000“.

Afterwards he became an entrepreneur as a fashion designer and created his own brand „Monte Russo“. He received a Designer Award from German Industry (ICI); designed collection pieces for Rossignol, Titleist, Atomic, Billabong, Slazenger etc. later with his second brand „Alpenstrand“ an exclusive collection for Intersport.

In addition, he produced multimedia shows about exotic countries, pop music CDs with his lyrics (Pura Vida and Uncle Peyote), which had airplay on several radio stations, and worked several years for the biggest Austrian Travel magazine REISEN as Freelancer, whereby he wrote extensive and very popular travel reports from his numerous travels (to about 70 countries), for which he also supplied the corresponding photo routes.

And this is the realization of his project MONTE RUSSO PHOTOBOOKS, in order to pass on his countless impressions of his many journeys. His stock of about 50,000 photos, which he took on his travels, is available to him. The quest for beauty is the theme that drives him in all areas of his artistic activities.